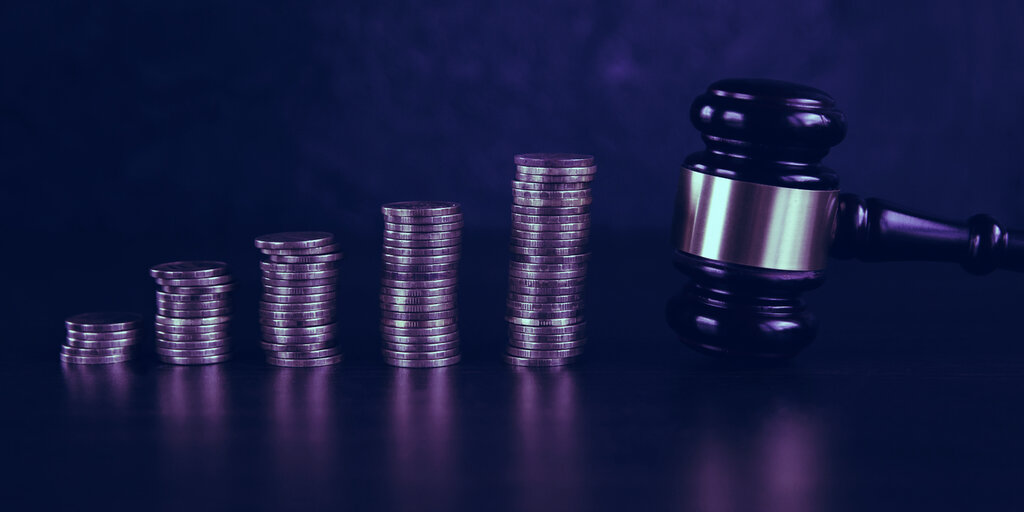 Last week, the lawyers of Reginald Fowler—a businessman from Arizona indicted by US prosecutors for his alleged embroilment in a massive “shadow banking” crypto operation—filed a motion to withdraw from the case.

In a supplemental letter to the court published yesterday, law firm Hogan Lovells finally explained why. It turns out that Fowler owes around $600,000 for their services—and has kept feeding them empty promises about payments for over two years, the lawyers alleged.

The case against Fowler

As Decrypt reported previously, Fowler—an investor in the Minnesota Vikings and US football entrepreneur—was charged for his alleged connection to a massive money-laundering scheme on April 30, 2019.

According to the US Attorney for the Southern District of New York, Fowler is the CEO of Global Tradings Solutions LLC. This is one of the suspected shell companies that have ties to Crypto Capital—a Panama-based “shadow bank” allegedly responsible for facilitating unregulated transactions worth hundreds of millions of dollars.

Notably, one of Crypto Capital’s clients was Bitfinex—a Hong Kong-based crypto exchange that has allegedly concealed an $800 million shortage in its reserves. Bitfinex later claimed that Crypto Capital defrauded it.

Prior to the official indictment, Fowler was referred to law firm Hogan Lovells around October 2018. During their first meeting on November 8, 2018, Fowler allegedly told his future lawyers “that he possessed a letter from [redacted] stating that, since 2015 (i.e., long before the commencement of the charged conspiracy), he had millions of dollars in personal funds in an account.”

“From the very inception of this matter, we have been led to believe that Mr. Fowler is a high net worth individual with substantial assets, which would allow him to pay his legal bills with little hardship,” Hogan Lovells’ lawyers James McGovern and Michael Hefter said in their letter to the court.

However, they stated that beyond the initial retainer payment of $25,000 in November 2018, their firm saw no further transfers from Fowler. Simultaneously, the client kept reassuring the firm—on numerous occasions—that he has enough assets or other financial means to pay his bills in full.

“Mr. Fowler consistently represented that he was able to satisfy his financial obligations to us or that he was on the precipice of completing a business transaction that would put him in a position to pay his bills,” said the lawyers.

“Our correspondence with Mr. Fowler reflects multiple promises by him to abide by his contractual obligations, and he repeatedly assured us that payment of his outstanding legal fees, in at least some amount, was imminent,” they added.

Promises notwithstanding, Fowler ultimately, “by and large, has refused to do so” since 2018. The letter even stated that, “Indeed, he owns more than $10 million in real estate that is unencumbered and could have been liquidated or monetized at any point during the past two years.”

Since the situation hasn’t changed during this time, the law firm ultimately decided to drop Fowler’s case.

“Despite all of his representations and all of our efforts to obtain payment, we still have not received payment beyond the $25,000 Mr. Fowler paid us in November 2018 to cover the costs of representing him in connection with [redacted] the business activities of GTS,” the lawyers summarized.

Finally, since the court requires a “satisfactory reason” for withdrawal, McGovern, Hefter, and Rosenblum decided to send their letter in a bid to provide the needed justification and remove themselves from the case for good.