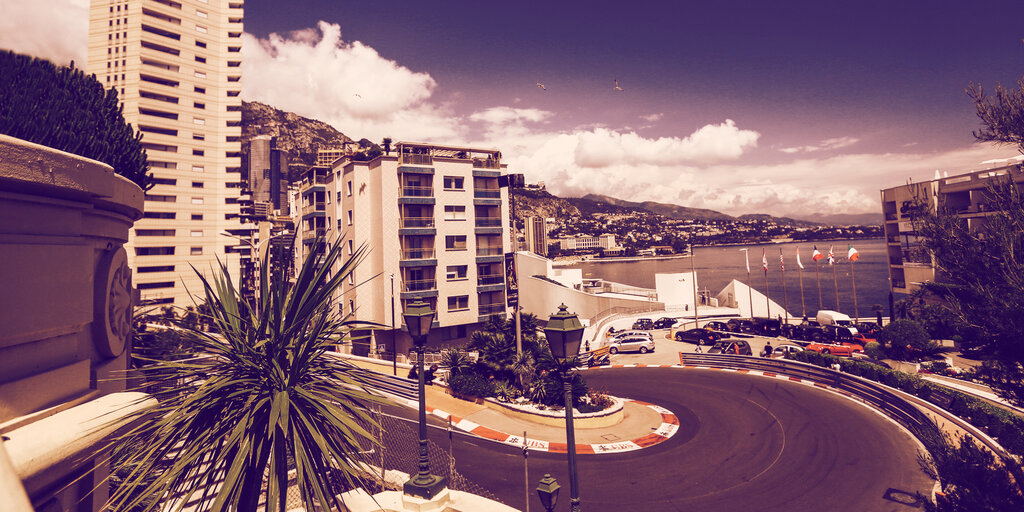 A share in a virtual race track in a blockchain-based game has been auctioned off for over 9 million REVV tokens (roughly $223,000).

The game is F1 Delta Time, developed by Animoca Brands, and the specific piece of track from the Circuit de Monaco. The share was sold in the form of a non-fungible token (NFT), the company revealed today.

Congratulations for the new owner, this is history in making!#animoca #NFTs #blockchain #cryptocurrency #F1 pic.twitter.com/V3EfWiB2PH

“This is the highest price ever paid for a game-based NFT, branded game NFT, and, potentially, any NFT,” Animoca Brands said, in a press release shared with Decrypt.

As Decrypt has explained, unlike “common” crypto tokens, NFTs contain identifying information recorded in their smart contracts. This data makes each NFT different and unique—and that is what makes them non-fungible and not interchangeable.

NFTs can represent anything that can be digitized—from pieces of art to in-game commodities. Thus, the prices of such tokens are potentially driven by their uniqueness and scarcity.

In the case of F1 Delta Time, all of the game’s core assets are represented by NFTs. Namely, the Circuit de Monaco virtual track consists of 330 such tokens divided into four tiers—from “Rare” to “Apex.” Each token represents a share in the virtual track, giving its owner a set of privileges.

This NFT just sold was in the “Apex”-tier and it will reward its owner with 5% of all gameplay fees and 4.2% of elite staking yields from players’ deposits—both paid in Animoca’s REVV utility tokens.

“The track segment is a non-fungible token (NFT) representing a fractional ownership of 5% in the Circuit de Monaco track inside the blockchain game F1® Delta Time,” Animoca Brands explained.

The company noted that not only did the latest sale significantly exceed the sum paid for the first official Formula 1 NFT—the 1-1-1 Apex car, which became the most expensive NFT of 2019—but it also set a new all-time high price record for NFTs in general.