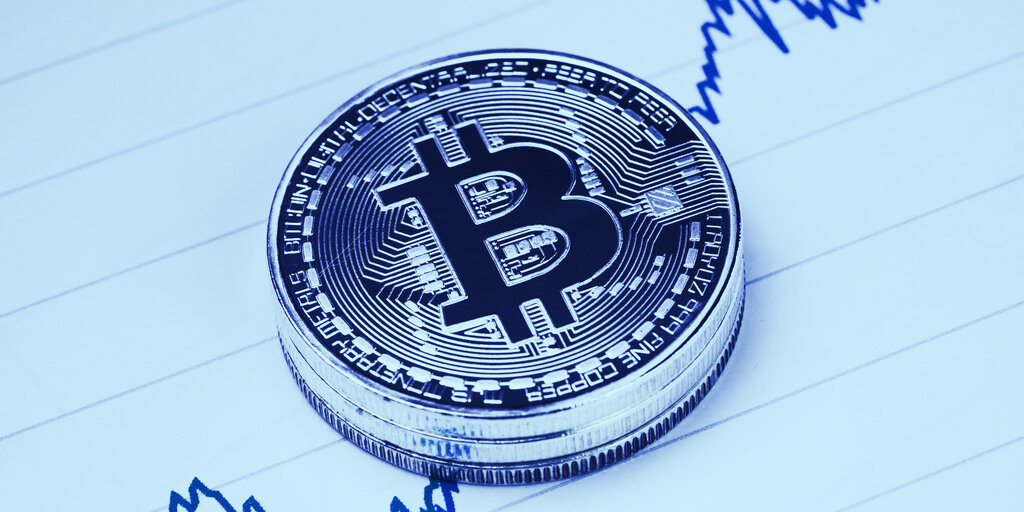 Today, things got ropey for Bitcoin, just as a few cryptocurrency analysts yesterday predicted that it would. The price of Bitcoin, which had hit its all-time high, $19,816, plummeted to $18,543. Then it recovered to $19,364 before falling to its current price, $18,936.

The big question: why, and what happens now? Decrypt asked the experts.

Charles Bovaird, an analyst at Quantum Economics, told Decrypt that the simplest explanation is that, “after rising to an all-time high, traders took profits, causing Bitcoin to retreat.”

Of course, when Bitcoin hit its previous all-time high on December 17, 2017, it crashed so hard that it’s taken three years to recover.

Eric Wall, chief investment officer at crypto investment firm Arcane Assets, said that the dip is down to “overly skittish” traders, worried that Bitcoin has already hit its peak. Unsure of when Bitcoin will crash, they cash out early to avoid losing all their money.

He expects ”some temporary dips in the near term,” but remains “bullish on the price rising to new highs in the longer term.”

Wall, the crypto investment manager, added that it’s not just fear that’s getting the better of traders: it’s also those relying on their own complex economic models. “Some are currently staring at TA [Technical Analysis] patterns, such as double top formations or Bollinger Bands, to anticipate the next move, and many of those traders are convinced they have to follow what their strategy tells them.”

Bovaird thinks that Bitcoin’s price will continue to dip should it rise further. “If you are asking whether bitcoin will suffer retracements as it rises in price, the answer is yes. The digital currency is highly volatile, and sharp price increases will naturally motivate some market participants to sell, therefore provoking pullbacks.”

The unanswerable question, however, is whether Bitcoin’s already peaked, and traders must now endure a series of slumps.

Wall thinks that Bitcoin’s going to crush the all-time high set in 2017.

“I can’t say if that’s the last dip we will see,” he said, but it’ll take a lot of work to slow down the crypto market. “I expect any dip to be bought up rather swiftly. When we make the real, heart-wrenching dip, it’s going to be from a considerably higher level.”